Beatrice Wells Carey of Millsboro passed away peacefully at home, surrounded by family, on Wednesday evening, June 2nd. She recently celebrated her 101st birthday. Beatrice was the daughter of Harvey and Lovee Wells of Milton. The valedictorian of the Milton High Class of 1938,  Beatrice went on to graduate from Banks Business College in Philadelphia where she worked and resided for a time. It was at the Sharptown Fireman’s Carnival where her late husband, Ned, first saw her and determined that they would have to meet. A favorite family story is that.after walking her to her door after their first blind date, Ned returned to the other couple in the car and promptly announced “I’m going to marry that.girl!”

He did marry her in Salisbury, Maryland on August 1, 1942, moving to Shaw Field, Sumpter, South Carolina where Ned was stationed during.World War II. Ned and Bea began their first business, a general store on Laurel Road in 1945, and in 1953 they sold that business and established.Carey’s Paint and Hardware on State Street in Millsboro. In the mid-60s, they began offering custom picture framing, and Carey’s Paint and Frame Shoppe was born. Picture framing became a passion for Bea, an amateur artist, and she happily continued her work until the age of 96 when she finally had to retire.

Mrs. Carey was an active member of Grace United Methodist Church throughout her life, most notably volunteering her time in the nursery and teaching children’s Sunday School. She was a member of the Millsboro Art League, and of the Millsboro Fire Company Ladies Auxiliary.

Beatrice was preceded in death by her husband, E. Edward (Ned) Carey, Jr., her sister, Marian Barlen, and her grandson, Zachary Carey. The Carey Families wish to express their deepest appreciation to the dedicated caregivers of Cheer and Vitas Hospice, who went above and beyond in their displays of compassion and loving care.

A funeral service will be held at 1:00 PM on Saturday, June 12, 2021, at the Watson Funeral Home, 211 S. Washington St., Millsboro, DE 19966. Friends may call from 12 noon till 1:00 PM for viewing and visitation. A private interment will follow at Millsboro Cemetery. Rev. Dr. James Van Der Wall will officiate. 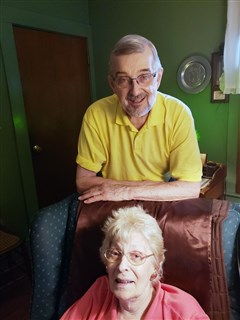 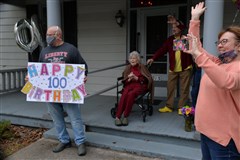